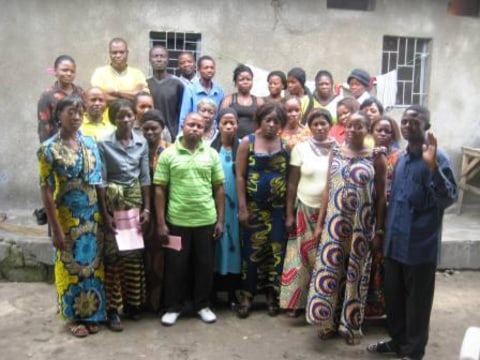 Champs De Victoire Plus Group's loan finished fundraising, but these other borrowers need your support

A loan helped to increase the store’s stock by buying biscuits, sugar and milk.

Norbert is the leader of the Community Bank named “Champs de Victoire Plus” which is composed of 26 members, united in solidarity for receiving Kiva loans with the goal of developing their businesses. Norbert, 27, married, has been part of the micro-enterprise world since 2008. He operates a general store to the west of Kinshasa. He has acquired solid experience in this area and works hard with good management skills in order to realize his dream of one day opening two large stores in Kinshasa. He would also like to achieve financial independence through his business that earns him US$ 120 per week. He works to the best of his abilities and uses his contacts so that he might achieve his goals. Norbert is a trustworthy client of the MFI HOPE RDC, having two times obtained and correctly repaid loans. He will increase his stock of merchandise with his next loan by buying canned goods, sacks of sugar and milk and reselling them at a profit. Norbert has two children, aged 8 months and 3 years old.