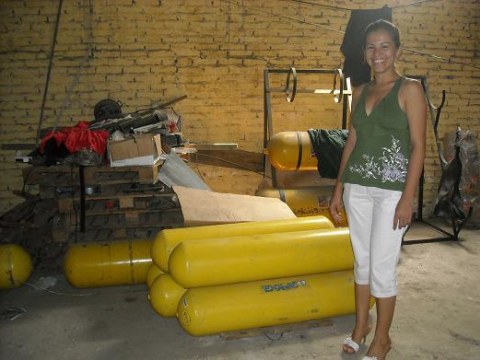 A loan helped Purchase an emulator, timing devices, iron, bolts, and other supplies for her gas conversion workshop.

Sra. Blanca was born in San Matías in the Province of Santa Cruz de la Sierra. She is 25 years old and lives along August 2nd Avenue. Sra. Blanca manages a shop where she converts engines to run on natural gas and receives a percentage of the work being done in this market. Many vehicles are undergoing the conversion from gasoline to natural gas because it is more affordable and reduces fuel costs. In addition, it helps reduce pollution in the cities.

The loan being provided will be used to increase her operating capital for buying an emulator, timing devices, iron, bolts, and other supplies. Blanca says, “I am pleased with the quick response and the confidence that has been demonstrated to me.”