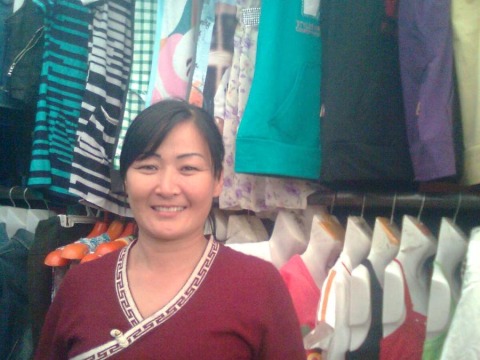 Bayarjargal's loan finished fundraising, but these other borrowers need your support

Bayarjargal G., a 41-year-old divorced woman, lives with her three children in their own ger (a traditional nomadic housing tent) in Ulaanbaatar, Mongolia’s capital city. Her middle daughter, Azzaya, attends a university and her youngest daughter studies at a secondary school. Her oldest, a son, works as a dancer for a government organization. Bayarjargal operates a retail clothing business. She began her business in 2003 and operates it out of a stall in Narantuul, Ulaanbaatar’s largest outdoor market. She imports new clothes from Erlian, a border city of China, and from Beejin, China's capital city, once a month. Her business is a popular spot in the market. Bayarjargal plans to expand her business by increasing her working capital for the peak season for sales. She hopes to renovate her house using her business earnings. Bayarjargal is requesting a 2,135,000 tugrik loan to buy more clothes and grow her working capital.