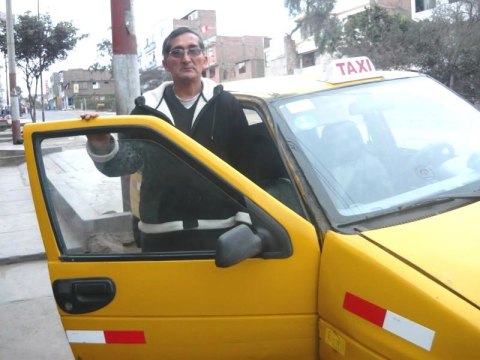 Juan's loan finished fundraising, but these other borrowers need your support

Juan is 52 years old and has been separated for many years. He lives in a home of his own and has seven children but only his young daughter lives with him. He's been driving a taxi for more than 20 years. He only drives in the evenings, since there is less traffic. He also drops off and picks up his daughter from school and cares for her. She is his main adoration and he is always mindful of her. He has learned to know his passengers over the years and knows that he can reduce the risk of robbery or theft of his vehicle. He is happy with his work, because of the profits that it gives him. In the future he wants to buy a car for himself, and at the same time expand the new hardware business that he and his brother have started. This will be the 16th loan through MFP. He has been very punctual with his previous loans and he expects to be so with this one because he has the admiration of all of the members of his group. He plans to buy a tire for his car with some of the money from this loan and the rest he will use as a down payment for a motorcycle, so that his unemployed son can work.