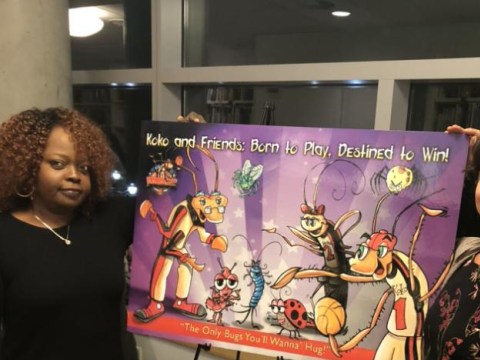 A loan helped us create 2D videos for school-age children that impart character and change lives.

Imagine walking in on an eight-year-old with a handful of pills wanting to sleep, and not wake up, to escape daily bullying at school. Imagine being an eight-year-old, so hopeless and helpless, that suicide seems to be the only escape. I was that parent and that eight-year-old was my daughter. After finding no resources to help my eight-year-old, I realized it was up to me to save my daughter’s life. My epiphany occurred when I discovered that she hated bugs because “Everybody in my class hates bugs.” We researched bugs to discover they are resilient and can thrive under conditions that other animals are unable to withstand. We began making up stories about a family of bugs who were being bullied and belittled by the “elite” house bugs. Immediately, my daughter connected emotionally with the bullied bugs and expressed how she felt. It was then that I was able to enter her world, see life through her eyes, and start restoring her broken heart. Thus, Koko (an acronym for Keep On Keeping On) was born. Koko and his cousins are not superheroes with superpowers. They’re underdogs experiencing the ups and downs of young children in the bug world. They face bullying and peer pressure to “fit in” in pursuit of their dreams to become all-star basketball players. Koko and his cousins will become cultural icons that represent integrity and perseverance--Never, ever, give up! Our target audience is children, ages 5 to 9. The National Association of School Psychologists (2017) states, “20% of kindergarteners reported being bullied frequently, 33% of elementary-school students reported being bullied on a regular basis, and the majority of students who are bullied never report it.” Equally important, suicide is the second leading cause of death among children ages 10 to 14 (CDC, 2017).