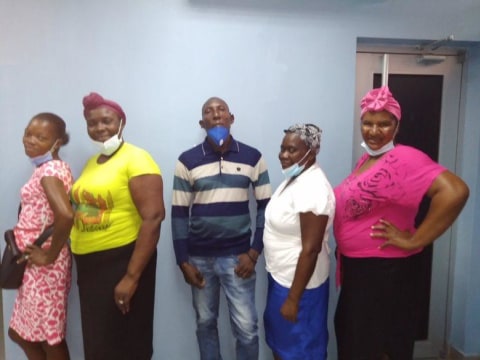 Bonith is 53 years old. She is a hardworking Haitian mother. She arrived in the Dominican Republic with her children after the death of her parents. The most difficult thing she's been through in her life is moving ahead without the help of her parents.

Bonith has five children, and fights for a better future for them. A typical day for her starts early in the morning when she does the housework. Later she dedicates herself solely to her business. Six years ago she opened a food store, a "colmado" as they are known locally, where she sells basic food items.

Bonith would like to increase the inventory of her business. For that reason she seeks a new loan to buy merchandise to sell, such as drinks, sandwiches, bread, eggs, juices, cold cuts, milk, chicken, meat, rice, spices, and other products.

She wants to move forward in her business in order to improve her family's financial situation. For the next year her plan is to rent and set up another business.

Many thanks for supporting the group GS La Vida en Cristo : Grupo 1 in its enterprising vision. The members of this group are Golriche, Bonith, Altagrace, Lorena, and Elira.