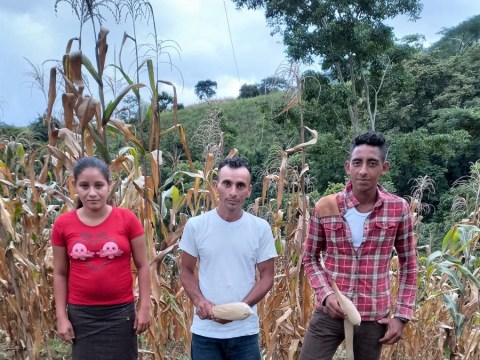 A loan helped to buy fertilizers, insecticides, mulch, etc., and to pay laborers and the rent on the land.

Melvin, age 41, is married and the father of three children. He is a farmer who grows basic grains. He began 20 years ago with help from his father.

He requests a loan from Fundenuse with Kiva funds to buy agricultural supplies, and to pay the rent on the land and to pay laborers. His goal is to continue with his economic activity and to raise animals (chickens and pigs), and later to make improvements to his house.

He is part of the solidarity group "Los Naranjeros el Barro" with Wilmer and Yuris, who have the same economic activity.