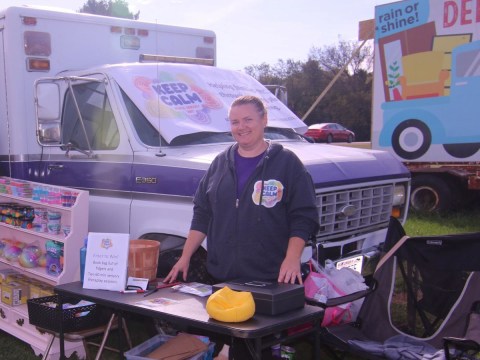 A loan helped communities and families thrive in the face of mental illness.

As a mother of two amazing boys, I always thought that my job was to teach my children about the world. It wasn't until my youngest was born that I discovered that my job as a mother was tougher than I could ever imagine. My job became stressful on a daily basis and I discovered that my job was to now teach the world about my son. My youngest son Sean (10 years old) was born differently. By the age of 5, he was diagnosed with 4 different mental health disorders that greatly affected how he viewed and responded to the world. Even with a Master's in counseling, I was not prepared for the daily struggles of raising a special needs child. He and I discovered that the world was not prepared for an amazing kid like him. I spent years researching everything I could about mental health disorders and special needs children. I came to the realization that very few resources existed to help me as a mother of a special needs child, or the community I live in. Even my local crisis response team with the police department wasn't prepared, trained, or had the resources needed to help him regulate his emotions and cope with stress. This was true not only in my community but all over the world. Panic sunk in. If no one knew how to work WITH my child, would he become the victim of an uneducated world? Would one of the 17 million kids just like him also be negatively affected? How many parents of special needs children were out there that felt hopeless and alone in their daily life as I had felt. I knew that this could not happen. My purpose in life became to help others and educate them about mental health.