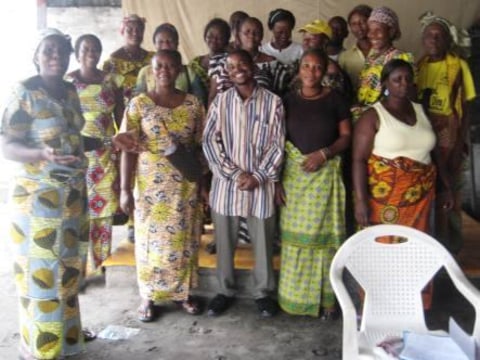 Lisala Plus Group's loan finished fundraising, but these other borrowers need your support

A loan helped to buy more medicines needed by customers in her area.

Lylie Nlemvo, aged 47, is the leader of the Community Bank named “Lisala Plus”, which is composed of 22 members, united in solidarity to receive loans from the MFI (micro-finance institution) HOPE RDC in order to develop their businesses. Lylie Nlemvo runs a pharmacy in the eastern surburb of Kinshasa. She started her business in 1987 selling women’s clothing. She had many difficulties in her business life over the nineties due to the economic and political instability in Kinshasa. From 2005, Lylie decided to change the business and opened a pharmacy that she has been running until today. She is a loyal client of MFI HOPE RDC who has already received six different loans and has repaid them properly. She intends to use the next loan to buy more medicines needed by the customers in her area to resell with the aim of increasing her profits. Each week, her business brings in a profit of US$ 120. Her ambition is to expand her business by opening other drugstores in different places. Lylie is married and has two children, who are aged 12 and 20 years old. Both go to school.