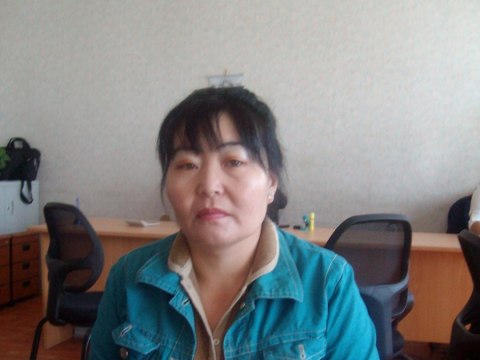 A loan helped To purchase leather, fabric, heels and glue.

Altantsetseg S. is 38 years old and lives with her husband and two teenage children in Govi-Altai province, western of Mongolia. She and her family have been living in a ger, a traditional Mongolian nomadic tent since 1995. Both her children attend a local middle school and her husband manages a taxi service in their town. Altantsetseg began her business in 1995. From 1988 through 1992, Altantsetseg attended a construction college majoring as a decorator and from 1993 to 1995, she worked as a shoe repairwoman in a local public service center. Since 2000, Altantsetseg has been working as a shoe repairwoman in the cold season and when the summer comes, she makes construction decorations in her town. In 2008, Altantsetseg received a 1,000,000 MNT loan from Xacbank in order to increase her business working capital. With her business revenues, she purchased two small cars. She attributes her business success to both her decorating and shoe repairing skills. Altantsetseg is a hard-working and optimistic woman who says, "Our family is saving money to build a house in the coming year where we will be living more comfortably". She is requesting a 1,500,000 MNT loan in order to purchase leather, fabric, heels and glue for her shoe repair business.