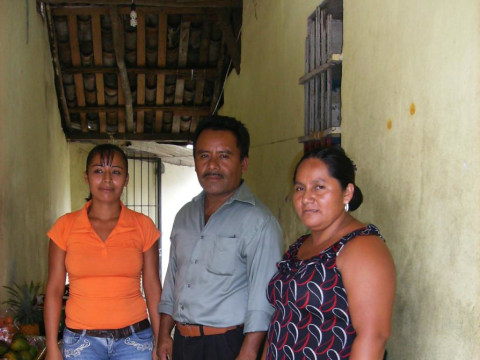 A loan helped To buy fruits and vegetables as well as groceries like sugar, cooking oil and beans, among others.

Mrs. María de Lourdes Gomes Domínguez lives in Tecpatán, Chiapas, México. She is married to Mr. Abildai Muñoz Gómez and has a 7-year-old son named, Tahaylí Muñoz, called “El Bebé” because he’s an only son. He is very intelligent and wants to become a doctor to help his town. She sells fruits and vegetables, an activity se began a few months ago. She tells us that she does well even though the space she has is small. She also has a small grocery store that she began a short time ago and from both activities she earns income for her family. The reason why she asked for funding from Fundación Realidad, A.C. is to buy merchandise to stock her store so that she can have more customers and her business will grow daily. Profits from the store will be used to buy more merchandise as well as to repay the loan she asked from Fundación Realidad, A.C. She also counts with support from her husband so that they support their home together. María de Lourdes’ dream is to own her own locale so that she can sell better and grow daily. But her biggest dream is to support her son so that he will have a profession and a better future. Lourdes became a member of the group when a promotional offer was made in her locality and she became interested. She invited her companions to join the program. The group is called El Paraíso (Paradise) so named because that’s the name of the neighborhood they live in. The group members are: María de Lourdes Gómez Domínguez: will use the loans to stock her store with fruits and vegetables as well s some grocery items. Víctor Manuel Gómez Domínguez: will invest the loan in his grocery store. Catalina O. A.: sells live and butchered chickens.