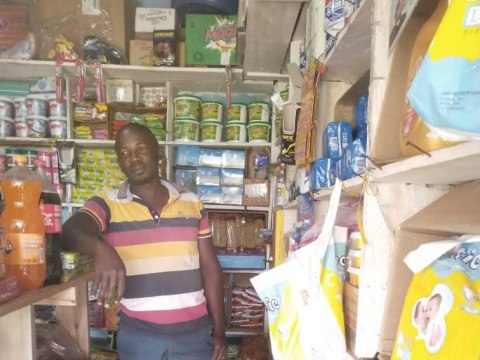 A loan helped invest in groceries for trade.

Richard is married with 3 children.

He is a hardworking young man who tries his utmost to provide his family with a decent livelihood. He lives with his family in Mpigi town outskirts where he opened a store that sells general merchandise especially groceries, beverages and toiletries to the community around him. It is his major source of income for his family, although he grows food crops that help out on feeding.

He approached UGAFODE to request a loan to buy an assortment of groceries to sell at his store. This will enhance his income improving his family's living standards.