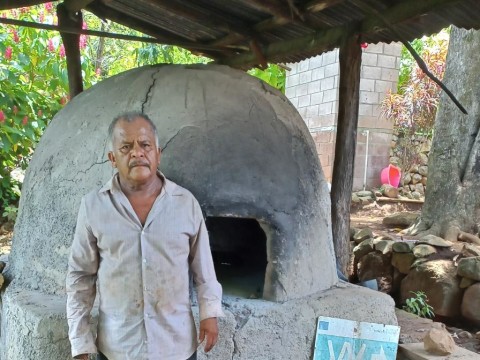 A loan helped to buy flour, leavening, sugar, aluminum pans, and other supplies for making and selling bread.

Adrián wasn't able to go to school because his parents were low income. He's married and his wife's a homemaker. He had six children with her; two already died and four have formed their own families.

Adrián works making and selling artisanal bread, which he learned through a program for entrepreneurship that was given in his community. He works three times a week and his wife helps his with the work. He also grows basic grains. He worked previously in maintenance for a tuna company.

He needs the loan to buy flour, leavening, sugar, aluminum pans, and other supplies for making and selling bread.

Adrián dreams of improving the conditions of his house.