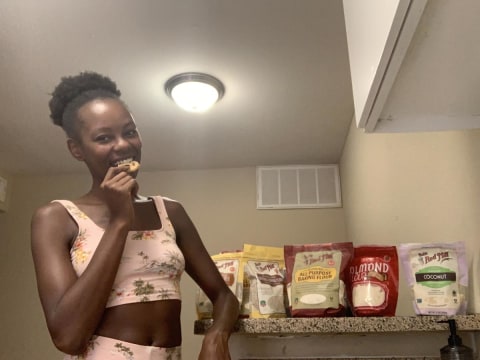 A loan helped us upgrade our equipment and marketing in order to grow our small business.

I went vegan in 2011 while living in my hometown Charlotte, and I realized the vegan options at the time were very slim so I started baking and cooking at home. In 2013, my dad got diabetes so I moved to Houston with him and started making all of his favorite treats with healthier ingredients. I would give the leftovers to friends and much to my delight, they began making formal requests for my sweet treats. I am no longer vegan, but my passion for plant-based foods was ignited over a decade ago. I love to see all of the healthful companies sprouting up as of late, and I plan to join the ranks of people who genuinely care about their health as well as their family's health.