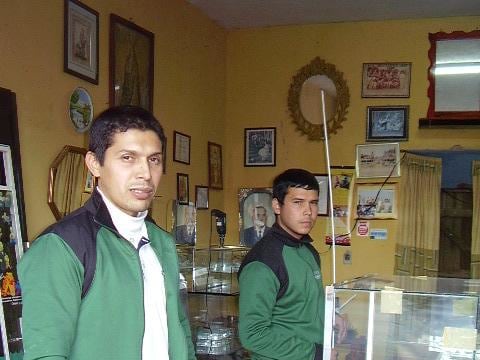 A loan helped to expand his business.

Jose Maria Gonzalez, 33, is married to Mariela Rios, 34, with whom he has 2 daughters: Florencia, 6, who is in pre-school and another newborn daughter. Jose has had a glass workshop for more than 5 years. His business is located in one of the rooms of the "Sportivo Iteño," a sports club that is well-known in the city. He manages this business with his father and one of his brothers. They have a large number of customers, since his father previously managed the business and later Jose became the owner and manager. They do work such as framed mirrors, wardrobes with glass doors, glass display cases, etc. Jose requests a loan to expand his business premises. The photograph was taken in his place of work, and he is the first person who appears on the left side.