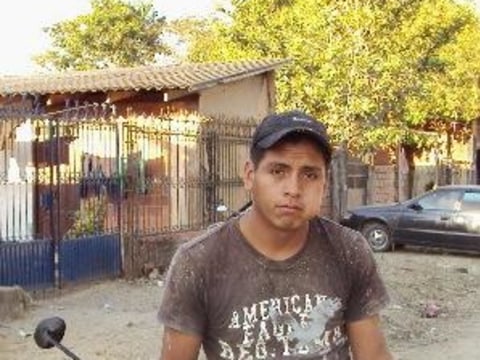 A loan helped To buy a motorcycle.

Mr. Ernesto G. P. is 21 years old, single, and has a son. He has been very dedicated to his work since he was young. He works as a mason and bit by bit began to earn his daily bread every day. He lives in the zone of Ivirgarzama in the province of Chapare. in a town with a tropical climate.

He is currently working in the Copacabana motorcycle taxi company. He is a very active group member and very responsible with the work he does. He gets up very early in the morning to begin his work. In the same way as his coworkers, he enjoys three shifts per week at different taxi stops that the company assigns them in order to provide his services to the people of the community and the surrounding communities. Ivirgarzama is an area where people transport themselves via motorcycle, because the roads are wide paths only accessible to this type of vehicle. Ernesto has to provide for his young son. He was working as a driver without his own vehicle for almost a year.

Mr. Ernesto G. P. joined CIDRE upon the recommendation of one of his co-workers with the hopes of getting a loan to buy a motorcycle to help with his work and have greater income. This will help with his own well-being and especially that of his young son.