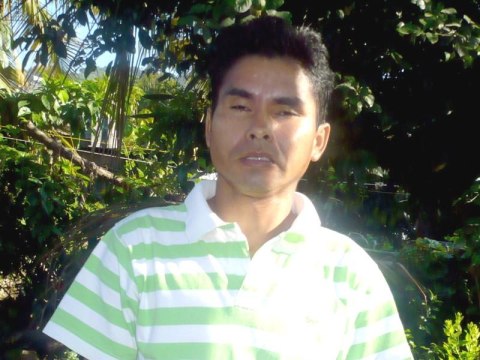 A loan helped Purchase other cacao products in order to increase his earnings.

Moisés, 39 years old, is single and has got 2 school-aged children. He has got his own home, which is located in the region of the central jungle called "Santa Rosa." Moisés is characterized for being a self-assured man. He works in the production and commercialization of cacao, a highly demanded fruit in his region. In addition, his clients prefer his business because of the good customer service that he provides. Currently, he works for himself but during cultivation and harvest season, he needs his laborers in order to speed up the final production so that he can sell it to the distribution centers in his area and at a reasonable price. His future plans are to acquire new cultivation terrains, with the finality of increasing his productivity and at the same time improving his earnings considerably. This is his fifth credit with MFP, and he promises to continue to fulfill his payment obligations. In addition, he agrees with the framework of his communal bank. With the credit that he is seeking, he plans to invest it in the purchase of other cacao products, with the end result of selling it in bulk and thus increasing his earnings.