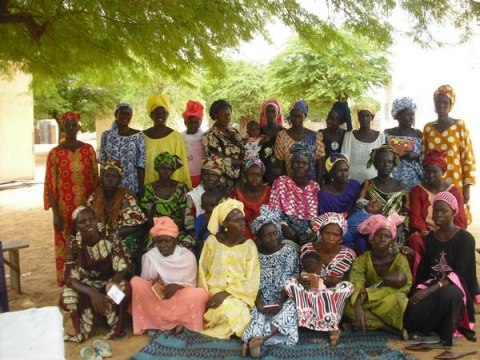 Par Cisse Group's loan finished fundraising, but these other borrowers need your support

A loan helped To buy a sheep.

The Par C. "Banc Villageois" was established December 4, 2007, following its initial General Assembly. The "Banc Villageois" is composed of 29 women from the village of the same name. The "Banc Villageois" is in its third year and its members have benefited from six loans by CAURIE micro-finance. Mrs. Saer S. Ngone, standing at the right of the picture, is President of the "Banc Villageois". She is 40 years old. She is married and the mother of six children. She also cares for one nephew. Mrs. Ngone used to make and sell peanut oil, but with her new loan she will change her business and start fattening sheep. She will use her 50,000 franc loan to buy one sheep and animal feed, which will allow her to fatten the animal for at least 4 months before she sells it in the weekly markets in her area. Her goal is to contribute to improving the living conditions of her family, especially with respect to schooling her children and food.