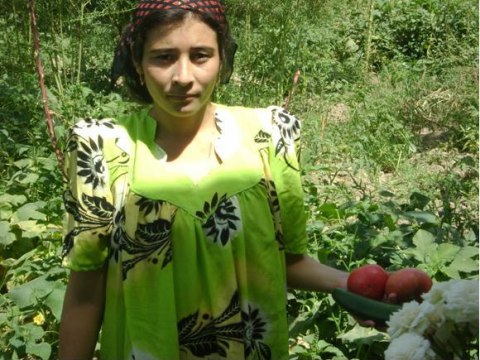 Sharofat’s principal occupation is the cultivation and production of vegetables. She is an excellent and admirable farmer who learned from her father the techniques and secrets of this beautiful activity. These skills have allowed her to develop multiple agricultural capabilities. They have enabled her to take care of her loving family, especially in these times of numerous financial problems.

Sharofat requests your help in the form of a loan, which will allow her to earn greater revenues this year so she can reach her goals. She is asking for a loan of $3,000 USD in order to purchase seeds and mineral fertilizer. She will also use part of the loan to buy cattle.

Sharofat expresses her gratitude to everyone for supporting her and promises to repay the loan on time.