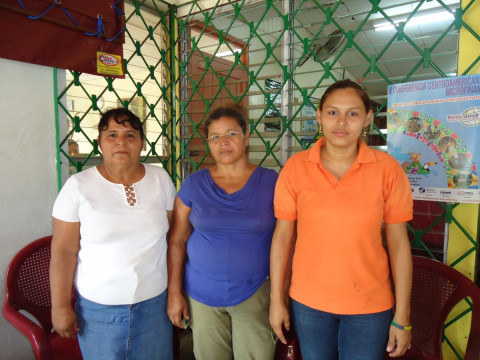 The Oasis del Amor group is made up of three hardworking, striving and enterprising women. One of them is Mercedes Amalia Gutiérrez. In 1999 she started selling Avon cosmetics and with time she entered into other areas such as clothes and shoes. She has six children and only the youngest of 20 and a grandson are under her care. The other members of the group are Elena del Carmen F. P., who sells used clothing and cosmetics and makes nacatamales among other things, and Gedy Adriana Flete D., who sells used clothing, and Avon and Zermat products.