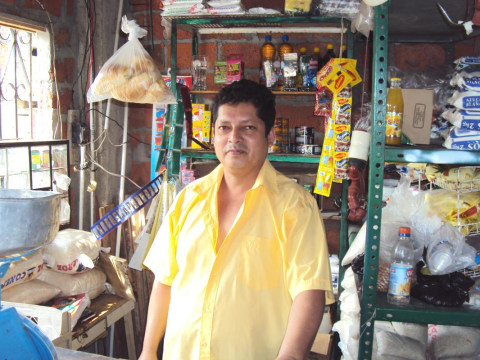 Gonzalo Benigno's loan finished fundraising, but these other borrowers need your support

Gonzalo is 45 years old and lives in Las Orquídeas in Guayaquil (an urban area that is named after the orchids that were common in ancient times). Prior to having his store, he had to work extremely hard to obtain it. He sold legumes and fruits from a table outside of his home.

Little by little, Gonzalo was able to expand his business and eventually build a house where he could live and open a store. He now has a store that is well-stocked with canned goods, grains, beverages, and other products to sell. With this loan he plans to buy rice and legumes to keep his store running. In the future he wants to have his own mini-market.