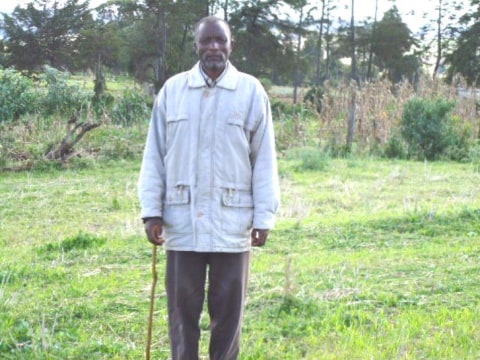 John Sakana Ole K. is 57 years old. He is married to Tintai K. and is a father to three school-age children. John is a farmer and works on his own piece of land which he has been doing for the last ten years. He learned about KADET from a market awareness project done by KADET staff in his area of residence. This will be his first loan. He plans to spend the money on land preparation, seeds, fertilizer and pesticides. Wheat has been doing well in his area due to good climatic conditions. He hopes to use the profit from the proceeds of this loan to expand his farming activity by plowing a bigger piece of land to increase his wheat production. John's dream is be a large scale farmer with his own farm machinery. He is a hard working man who is determined to achieve his set goals.