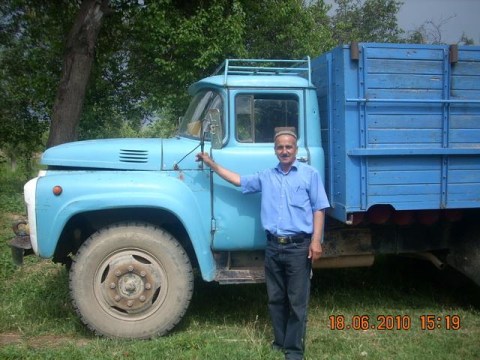 Nematullo has 18 years of experience in producing potatoes, melons, watermelons and other items in his community, which has a favorable climate and where the cultivation of these crops is an established tradition. Nematullo works the fields with the support of his wife and children, who are also dedicated to the production. This family has been perfecting and modernizing their production processes. The maintenance of the land has a high cost, due to the attention that must be given to the plants in each phase of the productive process: manually weeding, using organic fertilizer and using natural supplements for the control of diseases. These give better yields for their crops, since they prevent the soil from deteriorating so much, provide better conditions for cultivation at planting time and improve the quality of the crop, increasing its value since organic products currently obtain better prices in the market. At the same time, Nematullo also runs a transportation business with his lorry (truck). Nematullo requests a loan for the purchase of supplies for his crops, such as seeds, fertilizer, fuels and lubricants. Part of the loan he will use for paying for the partial repair of his lorry. The loan will greatly improve Nematullo’s income and his family's living standards. More about Tajikistan and IMON International Tajikistan is known for its rich history, which includes being a key post along the Silk Road, and for the end of Alexander the Great's rule. It has also produced great thinkers, philosophers, scientists and poets, including Rudaki, Avicenna, Ferdowsi, Omar Khayyam, Jomi and Rumi. The country is home to communities that still speak the ancient Sogdian language, epic mountain passes, and a civilization that dates back to the 4th millennium BC. And, even today, it is a complex mixture of the Islamic faith, Soviet culture, New West culture and Central Asian traditions. But Tajikistan is also the poorest of the former Soviet republics. The civil war, which ignited soon after its independence from the U.S.S.R., further damaged the already weak economy. In addition, 93% of the country is mountainous and only 7% of the land is arable. These conditions have resulted in high levels of unemployment and have forced hundreds of thousands to seek work in other countries, mainly Russia. While the people of Tajikistan are working to improve its agricultural production and manufacturing sector, nearly two-thirds of the population still live in abject poverty. IMON's History Since December 2007, IMON International has worked closely with Kiva and Kiva lenders to ensure that poor and low-income clients represent a viable business proposition. Funds raised through Kiva have already been distributed to thousands of IMON International's clients and will continue to provide thousands more with permanent access to the varied financial services they need. To learn more about IMON International's work, please visit: www.imon.tj