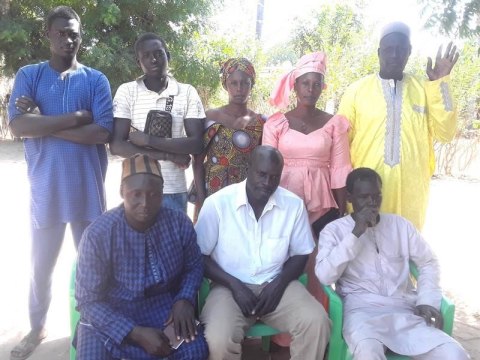 A loan helped to buy a steer and a calf for breeding and for sale.

This mixed group is made up of six men and two women. It was created in January of 2018. They all live in the same village, and their main business is in agriculture. This is their first loan with the institution.
Birane, the 56 year-old group leader, is seen in the photo dressed in yellow and raising his hand. He is married and the father of eight children: four boys and four girls, two of whom are currently in school.
Birane has worked with raising cattle for over twenty years; he operates at a weekly market.
He will buy a steer for breeding and a calf that he will raise and fatten to resell. He is very well-known for his business in this region.
His profits will allow him to run his household and support his children with their education.