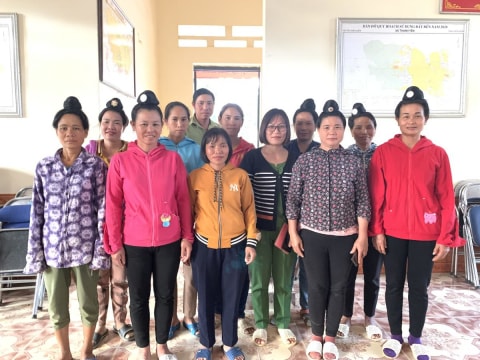 A loan helped to buy baby chickens and animal feed for them.

Loi, 43, is an ethnic Thai woman who has two children, one daughter and one son. Now she lives with her daughter in a small house in a small remote village of Vietnam where agriculture is the main source of income of the residents, while her son is in the army.

Like other villagers in the village, she works very hard at some agriculture activities such as growing rice and corn and raising chickens. Her family also has an additional income from her daughter's salary. To expand the breeding model and raise more income, Loi wanted to buy more baby chickens and animal feed for them. To get the capital to do that, she decided to borrow her 10th loan friom the Anh Chi Em program. She hopes that with this continued support from the program her investment will be as successful as the previous one. She planned to continue to expand the breeding model after getting the profit.

Loi wishes for a warm and full family life. She is the woman in red who stands first from the right in the picture.