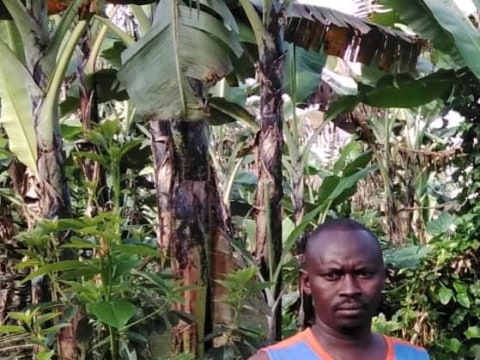 Julius is a male Ugandan, aged 37 years, from Ngerebwe in the Kibaale district. He is married and has seven children, five of whom are school-going. He is a very hardworking, determined and focused commercial farmer extensively growing mostly maize and bananas, an activity he has done for the past eight years. He has acquired some fixed assets like land and a motorcycle due to this business engagement. As a side source of income, he owns a bar to increase the flow of his revenue stream. His future plan is to buy more land for expansion of his farming enterprise.

He is a first-time borrower with UGAFODE and has taken a credit facility to buy farm inputs and pay wages. His business faces a challenge of unfavorable weather, which is detrimental to crop productivity, and market access due to poor roads.

He hopes you will fund his loan.