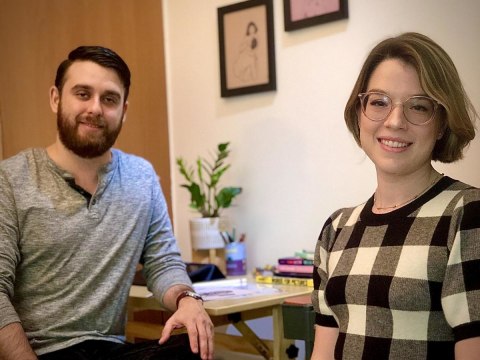 Raised by freelancing, creative parents, I worked in local retail businesses as well as independent creative projects before and while in college. These experiences were very rewarding, as I was able to see the impact that these small businesses and self-managed art initiatives had in my community. They also became very useful when I started working with nonprofits that support local entrepreneurs and artists with their businesses. After starting out in retail and marketing, my partner Pedro has been working as a creative publicist for the past 7 years and has had the opportunity to work with major brands in Puerto Rico as well as the Caribbean, Asia, Europe, and the Middle East. More than a year ago, Pedro began to publish his illustration art through his social media page @pabtart. As he gained followers, they began requesting printed copies of his pieces. With the ever-growing increase of requests, we realized the need to create a platform to facilitate and optimize how he prints and sells his pieces. Our combined passion for art and finding well-made, small batch functional, and decorative items drove us to turn this into an opportunity to feature the work of other makers as well.