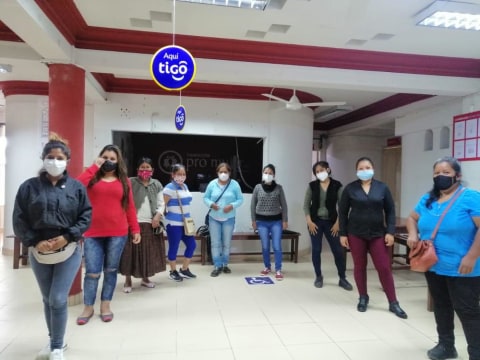 A loan helped to purchase merchandise.

Maria del Rosario was born in La Paz. She moved with her mother to the city of Tarija later. Maria began to work at very young age. She has 1 daughter and 3 grandchildren for whom she struggles.

She wants to improve herself, and she started with the sale of sweets in the streets near schools. Little by little, she increased her capital by starting to sell clothes and food. Maria also learned the preparation and packaging of chicharrones. Maria made visits store by store until her product was known and she made chips, which are also well known by merchants,

Maria wants to expand her business and in the future buy her own home in Tarija.