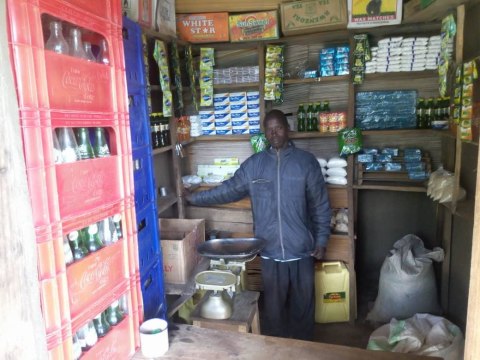 A loan helped to buy merchandise to sell to generate income.

Moses is a renown businessman in Mbale. He runs a retail shop on medium scale and a mini coffee plantation where he gets income from sales to derive a livelihood. He is married with school-going children whom he takes care of solely since his wife is a housewife. He intends to grow his sales but has insufficient income to reinvest in his businesses.

Moses approached one savings group in Mbale which couldn't avail him the amount he wanted, that is when he approached UGAFODE for funding from Kiva to avail him income that can sustain his business productions.

He hopes with restocking merchandise for selling ahead of the forthcoming festive season, he will improve sales and income earned. He will use part of the income to buy medicated seedlings for replanting to boost crop growth. He awaits a positive response from Kiva.