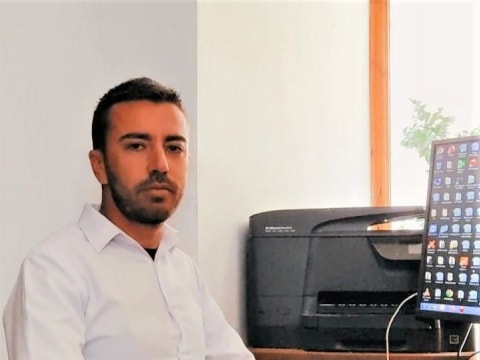 A loan helped to pay for his elderly mother's scheduled surgery so she will recover her health and be able to lead a normal life.

Idajet is a 28-year-old boy, originally from north Albania, and living in Lushnja city since he was a child. "My parents move to Lushnja city when I was only a child, with the hope that here they would be able to provide a better future for us. At the time my mom was pregnant with my sister. I remember very well her struggles then, and also after, together with my father to be able to provide enough for us! They have been our biggest support during our entire life and I hope I will be able to repay somehow their effort now!"-said Idajet during the interview.

He lives with his younger sister and his elderly parents in a small but well-arranged house. He works as a manager in a shopping mall and tries to help his parents with their little agricultural activities every afternoon, while his sister is still schooling.

It has been a while that his mother has not been feeling well, but recently doctors suggested as the only solution the surgery, for which Idajet is hoping for your support.

He is asking for the first time for a Kiva loan to be able to pay for his elderly mother's scheduled surgery, so she will recover her health and will lead a normal life.