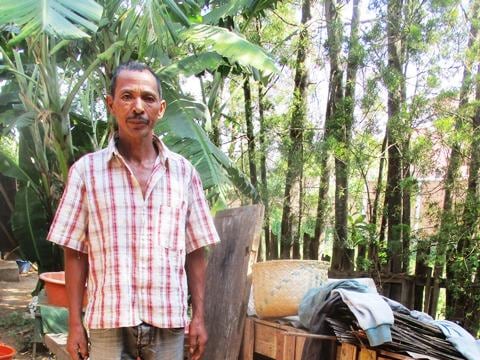 A loan helped to buy two piglets and 660 kg of feed.

Gervais, 54, is separated with four dependent children and a grandson. He lives in the family home. He raises pigs and also works as a caretaker.

He plans to build a home for himself and his family. For this reason, he decided to invest more in raising pigs and to set aside savings for his big project. He joined Vahatra to take out loans to increase his number of pigs and feed them. Since their partnership began, his earnings have increased, and it has been easier for him to provide for his family's food and other needs. He has also started to set aside some cash savings, which he wants to increase.

He needs lenders' support to continue to grow his pig raising business. With this loan, he will buy two piglets and 660 kg of feed. He will deliver his animals to the butcher shop after six months.