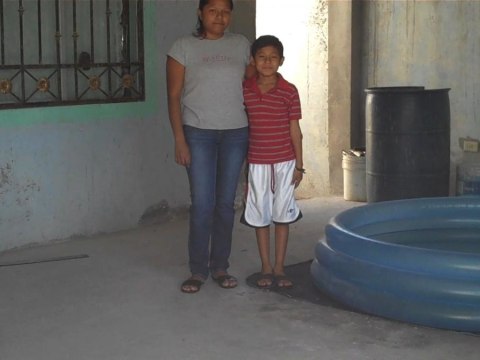 Misael L. is thankful to all those who helped him with his previous loan, which allowed him to make improvements to his home. He is asking for another loan now to finish his house, as the floor still needs to be tiled. At the moment he doesn't have enough money to buy the material and pay someone to install it. Misael plans to repay the loan with the income from his job as a driver for a homebuilder. The people in the photograph are his wife, Ana Laura Gómez, and one of his sons. Misael was at work the day that the photo was taken.