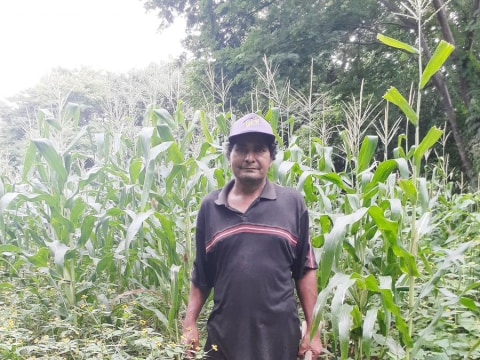 A loan helped to buy a calf to raise and later sell.

Mauricio is married. His wife is a housewife, and he has 4 grown children who are independent. He works in agriculture, cultivating corn, beans, and cassava. He's done this work since he was very young, as his father taught him to farm.

Mauricio has decided to start up a new productive activity. He needs a loan to buy a calf to raise and later sell. He dreams of being successful in his livestock venture so that he can increase his income.