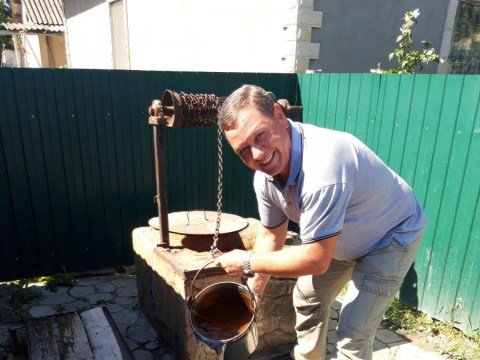 A loan helped to pay for connection to the aqueduct and sewage.

Ion is 50 years old and divorced with two children. He worked hard to raise the children and invested much in their studies, so that they could later develop a career.

Now, with the children grown up, Ion has decided to move to the village and into the house he inherited from his parents.

The house was in a deplorable condition. Ion managed to replace the doors and the windows, has strengthened the walls, but he has no more resources to connect the house to water and sewage.

The biggest dream of Ion is to connect the house to the aqueduct and sewer, so he made an appeal for a Kiva loan and hopes he will be helped.