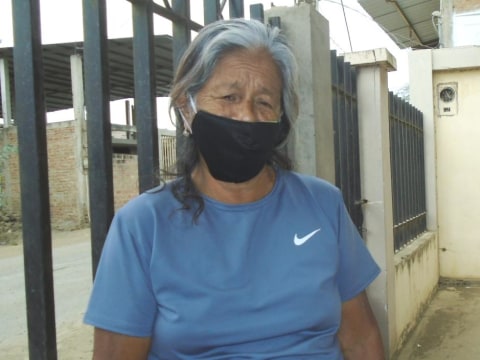 A loan helped to buy pigs and small chickens, feed and medicines.

Benedicta Aurentina lives in a common law marriage, she has 7 independent adult children. Her husband is disabled and does not work. They live in their own home in La Sequita de Montecristi, a canton known for the famous Panama straw hats that are appreciated within and outside the country. The local inhabitants also make a living from agriculture and rearing animals.
Benedicta Aurentina supports herself by rearing pigs and chickens to sell. She buys them when they are small and keeps them for about three or four months until they weigh enough to sell to traders that come to her home. She sells the chickens and pigs alive as well as eggs. The health crisis was very bad for her initially because she was unable to sell however now she is slowly restarting her business in order to make some money. This loan is to pay for pigs and small chickens, feed and medicines. She dreams of having a poultry farm and continuing to be healthy.