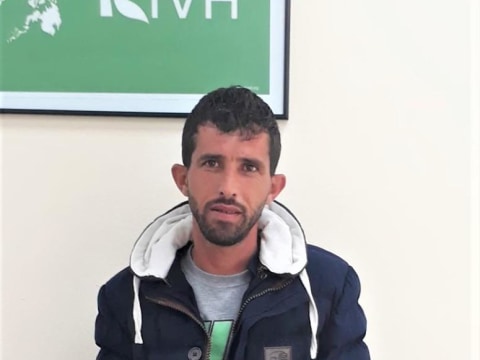 A loan helped to pay for his children's education in an independent school in Korca, so that they can receive a better education than they would in their village school.

Mariglen is a 35-year-old man from a village in Korca city. He is married and a happy father of a 13-year-old son and an 8-year-old daughter. He lives with his family and his paralyzed mother in an old detached village house. Mariglen is engaged in agriculture activities to provide for his family. His wife takes care of the children and her mother-in-law. Mariglen has 1.6 hectares of land, he also rents 2 other more hectares to plant onions, potatoes, tomatoes, peppers, and other vegetables. He tries to plant all year round with vegetables other than corn and wheat. He also works at the village's gas station for a monthly salary of $200.


Mariglen is hoping for Kiva lenders' support to pay for his children's education in an independent school located in Korca city, since the public education offered in their village is very poor. The bad quality of the village school is due to the fact that there are not enough students to separate classes, resulting in all the students, regardless of age, having classes together.


Mariglen really hopes that Kiva lenders will support this loan as this will be an investment for the future of his children.