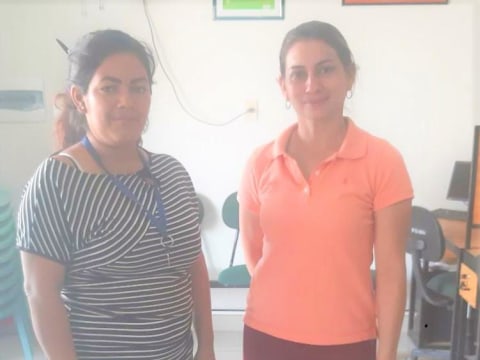 A loan helped to buy various drinks to sell.

The group named Las Luchadoras is in the women's committee program. The group, which is from the city of Concepción, is growing so the members want to fight to incorporate themselves since they have been affected by the presence of radical groups in the area.

Antonia is married and a mother to five children. She is a woman who sacrifices and with her husband fights to give the best quality of life to their loved ones so they lack nothing. She says that she is dedicated to selling drinks and that her work has allowed her to help her husband and thus they get ahead together. She joined the group with the goal of being able to train and keep growing as she has been doing.

She is requesting this loan to be able to buy various drinks to sell.

Note: In the photo, only two people appear but this is a group loan. A group photo was not possible to avoid a gathering of people due to the Covid-10 pandemic.