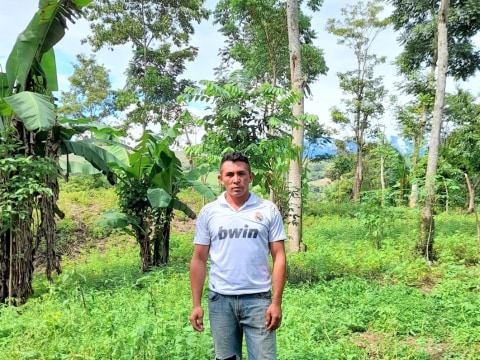 Wisman is 23 years old, single, a farmer, and comes from a farming family that grows staple crops. From the age of 15, he began to sow in a small plot, following in the footsteps of his father. He has only dedicated himself to producing corn and beans, and at the present time, he does not have any other income. In order to grow the five blocks of beans that he establishes in the growing season, he rents land since he does not have his own and has been renting for more than five years. His future dream is to buy his own land and build his house since he currently lives in his father's house.

With the previous Kiva-funded loan, he managed to obtain very good yields in his harvest since he applied the agricultural supplies in a timely manner. Now he is applying again for a loan through Fundenuse for Kiva funds to grow the five blocks of beans again, prepare the land, and purchase agricultural supplies.