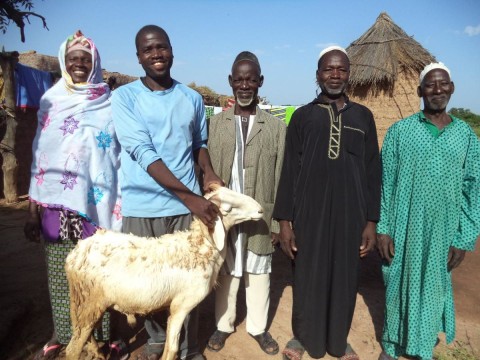 A loan helped to purchase and raise a few oxen for eight months for resale.

Cheick Oumar is the one in the photo who has the sheep's horn in his hand. He is marred, 37 years old, and father of 4 children, two girls and two boys. Among his children, one girl and one boys are in school. His wife is a housewife and has a small business at home.

Cheick Oumar has been buying animals and reselling them in weekly fairs in his locality for eleven years. With the income from his business, he is able to pay his children's school fees.

After selling, he could have a profit of 125,000 CFA francs for eight months. He is often faced with problems, such as animals becoming ill or dying despite veterinarian care.

He is very happy to have worked with RMCR and their partners.