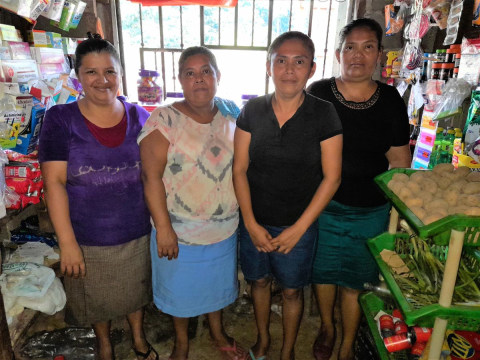 Santos is 43-years old, married, the mother of one child, and a businesswoman. She has had a small grocery store for 15 months. She started out planting basic grains on her mother's farm and that was where she met her husband who sells clothing and shoes. She moved to live in another region and her mother helped her buy the house where she lives with her husband and son.

Back then she was making and selling fried foods such as enchiladas and tacos. She went out to sell them on the streets, and her mother gave her a piece of land to grow basic grains on her farm. With the earnings that she received, she set up her small grocery store where, little-by-little she has been growing the business.

As a future plan, she wants to buy three blocks of land and make improvements to her home. She is asking for a Fundenuse loan with Kiva funds to buy a refrigerator and to buy products for her grocery store.