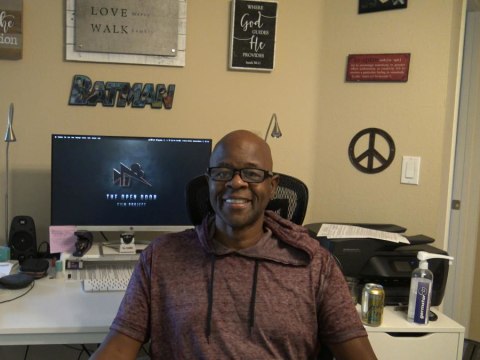 A loan helped Opening doors for women, minority, LGBTQ filmmakers where there previously was no door.

Growing up as one of the first African American families in a suburban neighborhood, I was no stranger to racism and prejudice. Later in my life, I moved to Los Angeles as a dancer but ultimately fell into the world of television and film production and found myself working on short films and music videos. All of this eventually led to me landing within the role of a Production Accountant. I settled comfortably into my role within the film industry, but after years of seeing people like myself excluded from various award shows and programs, I became upset and a little bit curious. I began researching and noticed a lack of representation surrounding various communities of people. This included many people of color, the LBGTQ+ community, female directors, the differently abled, and so many, many more. I started to see how the seemingly subtle act of exclusion has a wide-reaching effect on the world around me. I discovered that this type of underrepresentation doesn’t start on the screen. It is systemic and begins at the creative and decision-making levels. To combat this, I have started an initiative with a few producers and ten emerging directors. Our goal is to shoot ten short films that will lay the groundwork for a film/media production company that has inclusion at its heart. I believe media is a powerful form of expression, and it is important for all of us to have the ability to see ourselves fairly represented.