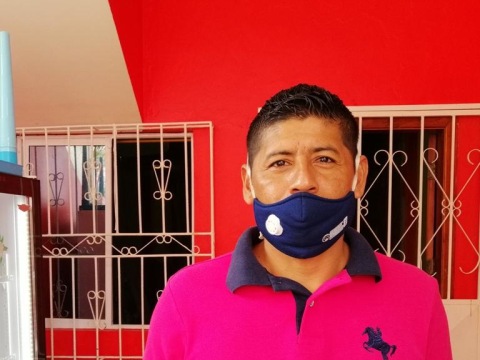 Carlos is 42 years old. He has a son of the age of majority and a 3-year-old. His wife works in the home. They live in the city of Manta, which is known for its beautiful beaches that are visited all-year-round.

Carlos works hard to earn a dignified living with his fish monger business that he's been running for 17 years. But ever since the health emergency, his business has suffered because he hasn't been able to go and sell at his stall on the beach. At the beginning, Carlos had a very hard time not being able to sell anything, but now, little by little, he's reactivating his business so he can generate some income.

He is requesting a loan to buy fish.

His dream includes continuing forward and being healthy.