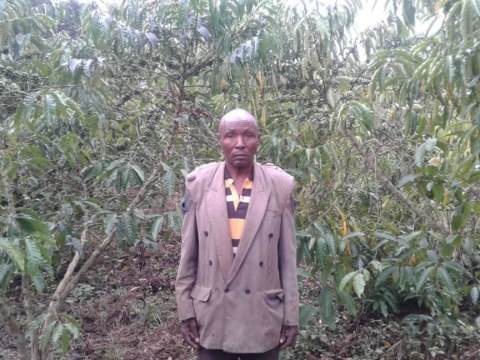 A loan helped to buy more cows to fatten and sell.

Christopher sends his greetings from Kamwenge-Uganda. He thanks the Kiva funders for the financial support that was rendered to him to improve his house. Constructing a house isn't something to do at once but in phases. He will be grateful if another loan is given to him and promises to pay well. He requests another loan to buy more cows to fatten and sell.

Christopher is a 57-year-old hardworking married man with six children, three of whom attend school. Christopher deals in agriculture and grows coffee, maize, and beans as his main economic activity. He started this business in 2009 with the aim of boosting his household income. He also deals in cattle fattening as his other source of income though he is faced with a challenge of seasonal changes like drought which affects him negatively.