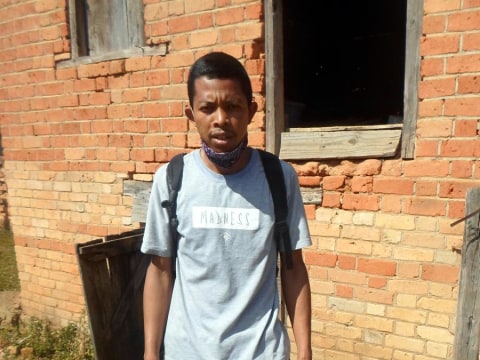 A loan helped to buy piglets and feed to raise them.

Naly is a young, 26-year-old man. He is married and has one child. He is renting a house on the outskirts of town. He has invested in pig farming for the past three years. His spouse sells bread. He joined Vahatra recently in order to take out loans. He has been able to reinforce his financial capital since joining.

He wants to multiply the pigs that he's fattening up. He wants to increase his income. He will sell his pigs to the butcher in town. He is asking support from lenders to buy two piglets and feed for raising them.

He hopes, in the future, to start a bakery.