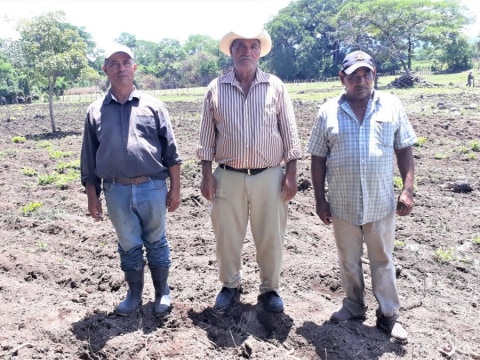 Wilfredo is 57 years old, married, and has three children, of whom only one is still in his care. From childhood, he had a love of the fields from his father's example, who he helped in the agricultural tasks. In addition this, his whole family works in agriculture.

His beginning was with a manzana which his parents gifted him. Now he has his own land on which he plants corn and right now he wants to plant three manzanas of beans on this land. So, he asks FUNDENUSE for a loan with Kiva funds to purchase soil amendments, poisons, and pay labor costs.

He belongs to the San Antonio de las Ventanas solidarity group with Dionisio and José, who also work at agricultural businesses.