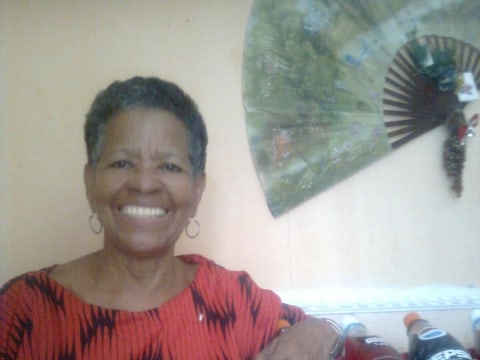 Lilia Esther's loan finished fundraising, but these other borrowers need your support

A loan helped to buy a freezer.

In the neighbourhood of Santa María, south west of Barranquilla, everyone joins together to raise money to make the area more attractive and bring in new customers who otherwise wouldn’t have visited. This is the environment in which 71-year old Lilia Esther C. and her family work. They live very close to a place called “La Cascada” where political meetings and activities like Mothers Day celebrations are held. All these visitors have a beneficial impact on Lilia’s sales of general goods and soft drinks. At the moment she has no refrigeration system as her freezer has broken down, so she wishes to replace it. For this reason she is asking for her third loan with Kiva partner, the Mario Santo Domingo Foundation. Lilia Esther is a widow and has seven children aged 33 to 59 years. In her twenties she moved from Cartagena to Banrranqullia with her 2-year old daughter and the dream of increasing her income. At first she worked as a domestic servant. Some time later she got married and had her other children. She bought her first house and began cooking and selling food such as soup, hayacas (meat wrapped in cornmeal dough and banana leaves), and fried items. Later she bought a larger house in Santa María where she has lived now for 35 years. Lilia is a role model with her business drive and her well-mannered seven children. While she was bringing them up, she taught them honesty and the value of work. Encouraged by her daughter (who is also a client of the Foundation), about three years ago Lilia learned more about its programs and since that time has had two loans. She has used the money to expand her business and thus earn more money to cover household expenses. Her dream is that those of her children who do not yet have a home of their own will one day have their own house. Her goal is to make some physical changes to her business. High and low seasons give her some problems as her income is higher at certain times of the year. During those times she has to work harder and make sure she saves money for the tough times so she has enough to live on and not cause problems for anyone.