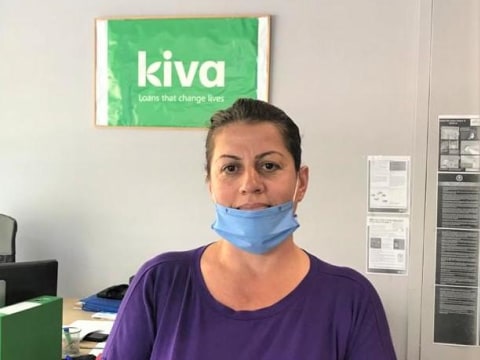 A loan helped to pay for her son's dental expenses so he will have healthy teeth and be able to eat normally.

Mirela is a 44-year-old lady from a northern city who moved to the capital city some years ago for her children's prospects. She lives with her husband and their youngest son in a detached house in a village near Tirana. She does the cleaning in an embassy, her husband works in a supermarket, and her son works as a waiter, full-time during summer and part-time during school season.

Mirela's biggest concern for the moment is her son's dental health situation. "He is too young to have this kind of problem. According to the doctor, it is genetics, but neither me nor my husband has had this problem. I want to help my son to have healthy teeth and to be able to eat normally," said Mirela, desperately, during the interview.

Mirela thanks you all in advance for the support given.