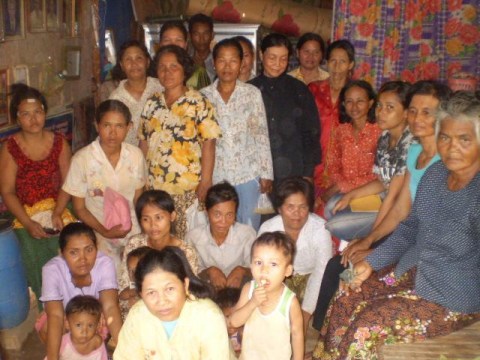 A loan helped To plant crops.

This loA. group, whose members live in Srae Ampil village in Kandal province, is made up of 20 people. Mrs. Neang U., who has been chosen as president of the group by its members, is a 53-year-old farmer who rents a two-hectare plot of land on which she grows crops to support her family. She is a widow who has six children, one of whom is a driver who earns a small salary. Another makes a living selling fish, a third is a beauticiA., and the others attend the local public school. To improve the output of her farm, Mrs. Neang U. will use her portion of this loA. to plant a good crop.