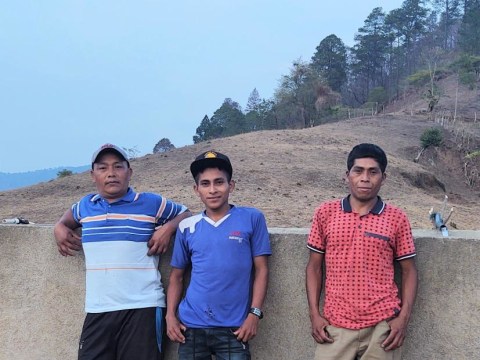 Concepción, 32, is single and the father of two children.

He's a farmer. He worked from a young age with his father, who had several manzanas of land suitable for agriculture and pasture. He remembers that in time, as part of the support he gave him, they worked in a way that he became responsible for working on his own later and selling his products.

With the profits he has earned he has been able to buy some assets. The last purchase he made was a motorcycle, which serves him to get around to carry out the purchasing process in the place closest to his community. His new project is building his own house.

He invested his previous Kiva loan in the first planting cycle, which went very well for him. His yields were what he expected, which enabled him to repay the loan to FUNDENUSE in advance. He also had a few quintals for consumption, and he'll use another part for seeds for the second planting.

Now he's requesting a loan from FUNDENUSE, his second with Kiva funds, to buy inputs for the second planting cycle to plant two manzanas.

His plan for the future is to buy cattle.

He belongs to the Altos del Rodeo solidarity group with Santos and Rigoberto, who also work in agriculture.