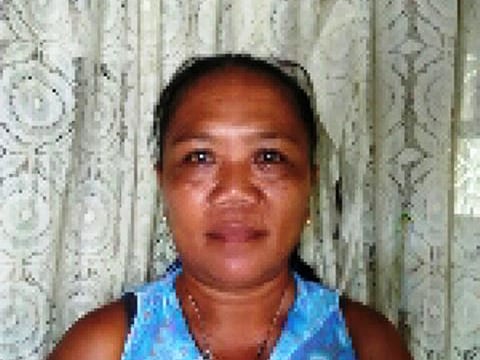 A loan helped to buy additional boxes of fish to sell.

Herminia is 48 years old and married with five children. With one child still in school, Herminia works very hard to provide for her family.

Herminia runs a fish vending business in the Philippines and requested a PHP 5,000 loan through NWTF to buy additional boxes of fish to sell. Herminia has been in this business for 10 years.

In the future, Herminia would like to save enough money to send her children to college.